The FBI has contacted a group of veterans who helped evacuate Americans and endangered allies left behind after last month’s chaotic evacuation of Afghanistan, and they have not violated federal law. It was confirmed.

Politico reported that the agent inquired about financial records and flight manifestos and met with at least one group leader at home.

Members of “Task Force Pineapple” and “Task Force Dunkirk”, as well as other members, receive numerous inquiries from agents.

Agents are reportedly investigating whether there are groups that solicited money, paid bribes, or hired commercial contractors for security or maintenance services.

Controversial private military contractor Eric Prince, who founded Blackwater, offered to evacuate people safely for $6,500 per person, claiming to be profitable. It is unknown whether the FBI contacted Prince.

Dozens of private groups of veterans and workers have gathered in Afghanistan to help those trying to flee Afghanistan.

Many have been tuned in through messaging apps like WhatsApp, and some have been working since the US military left the country forever on August 31.

After the fall of Kabul in mid-August, a task force of people with experience in Afghanistan gathered to help Afghanistan escape.

When Task Force Pineapple reported a “significant increase” in the amount of nonprofit bank accounts, an agent contacted it, Politico reported.

Parlator says the group was “happy”. While working with the agency, he said that they have perpetuated the fraud.

But he said other groups of veterans “are not doing the right thing” and the FBI needs to investigate all groups involved in rescue operations in the country.

“We have heard about groups raising funds based on false claims about their efforts. We have heard of groups that take actions that actually undermine the legitimate efforts of others. Yes,” Parlettor told Politico.

“Not everyone is acting for criminal purposes, but unfortunately bad actors take advantage of the tragedy in this situation.” 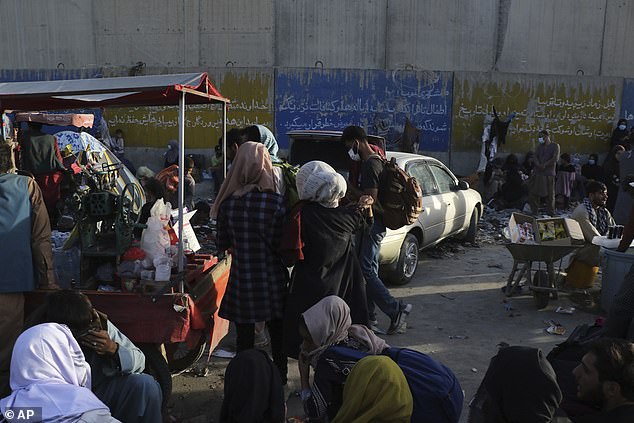 Agents are reportedly investigating whether they demanded money, paid bribes, or hired a commercial contractor for security or escort services.

Investigators told Politico that the FBI is trying to bribe the group and prevent the Taliban from paying to evacuate people from Afghanistan.

There is concern that such payments could raise concerns about smuggling.

The station’s outreach is divided into several groups.

“In my opinion, the FBI was not intimidating and was trying to help,” someone familiar with the outreach said.

But another told Politico: